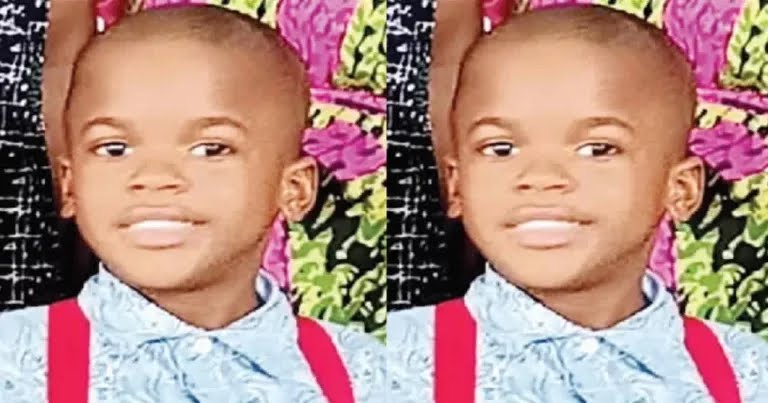 The Redeemers Nursery and Primary School in Ogba, Ikeja has been shut by the Lagos State Government after 5-year-old Pupil, Chidera Eze​Eze passed away while participating in a swimming class which was sponsored by the school in the state's Ikeja district.

The report has it that the Pupil Chidera Eze was playing with his friends at the pool's edge when he fell in and drowned.

According to the Lagos State Government, the should remain close while administrative investigation into its operation is concluded.


The Statement read: ”The Lagos State Ministry of Education has shut the Redeemers Nursery and Primary School, Ogba. The school will remain closed, pending an administrative investigation of its operations and procedures as well as the conduct of its officials – in line with schools’ safety standards and guidelines.

The investigation is sequel to the death of a five-year-old pupil, who is suspected to have drowned during a swimming lesson while in the custody of the school. The police are investigating the matter.

A preliminary probe by the Office of Education Quality Assurance of the Ministry has shown that the Redeemers Nursery and Primary School, Ogba, is yet to conclude its registration and is, therefore, not yet an approved school.

The Ministry is concerned about the safety of the pupils, hence the need for intervention. The school will remain closed until all the required approval processes are concluded. Parents are advised to note the closure and wait for the conclusion of the administrative investigation” - The Commissioner 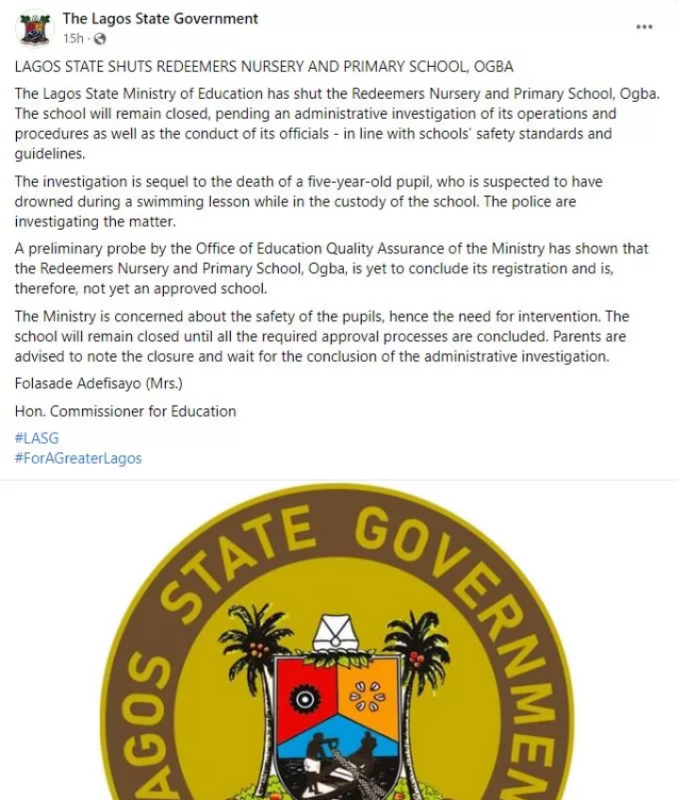 Last edit: 1 month 1 week ago by marvelatte. Reason: I made a mistake