I NEVER ASKED CHRISTIANS TO BUY GUNS, AND CHRISTIANS DON'T NEED PERMISSION TO GET THE JAWBONE OF A COW - PASTOR ADEBOYE 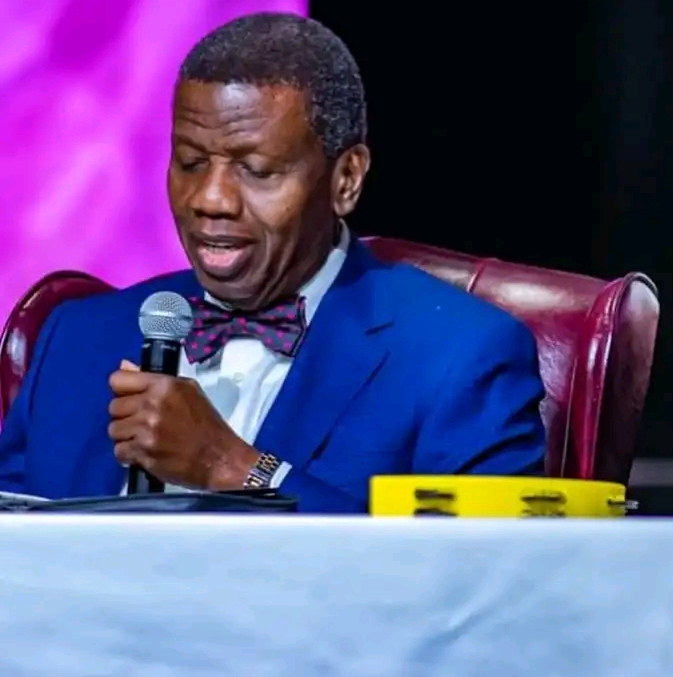 Pastor E.A Adeboye, the General Overseer of the Redeemed Christian Church of God (RCCG) has clarified that Christians don't need guns, instead Christians should get Jawbone of Cows.

He made the clarification known when he passed out his message “Meant for the the top” at the Church's monthly Thanksgiving service at mount Carmel.

He made this statement to clarify his earlier message where he was quoted to have asked Christians to buy guys for self protection during service.

According to the General Overseer, One should stay away from church because of fear of being attacked by gunmen and terrorists. He also noted that Christians don't need permission to get the Jawbone of a Cow.

“I never asked christians to buy guns, christians don’t need guns. Samson did not fight with an AK-47. Don’t go and buy guns.

“You don’t need permission to buy the jaws bones of a cow,” the cleric added.

“I have always wondered how you demonstrate to children in Sunday School but the best way is to show children using the jawbone of a cow. Don’t buy guns.”

“When it comes to someone contaminating you, slap, bite, kick, and run. When you see a brother smiling as you, run. There are battles you don’t wait to fight. Keep yourself pure,” - Adeboye said

Last edit: 1 month 1 week ago by marvelatte. Reason: I made a mistake