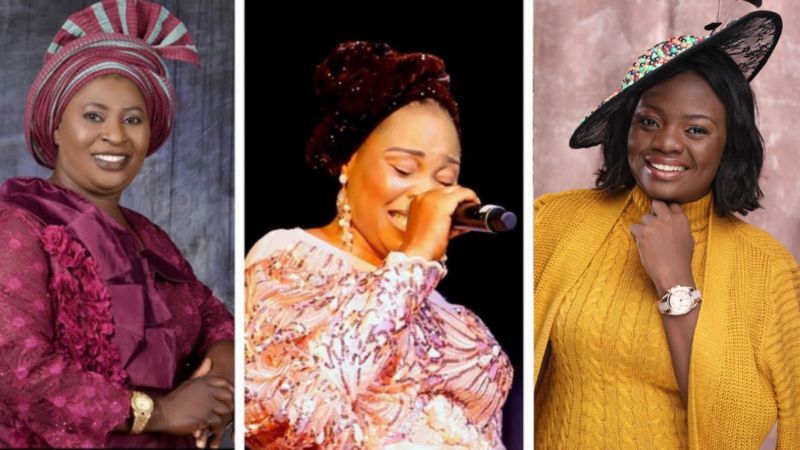 Days after being attacked by the social media for criticizing the lyrics of Adeyinka Alaseyori’s hit single, Oniduro, veteran indigenous singer Tope Alabi has finally admitted that she was wrong to have publicly called out a fellow singer Toluwalase Adelegan who originally wrote the hit gospel track known as ‘oniduro mi’.

Tope Alabi was under fire after a video of her during a ministration went viral in which she condemned the lyrics of her colleague and daughter in the gospel music industry which made reference to God as ‘Oniduro Mi’, meaning ‘My Guarantor’ in the English language.

The veteran singer in the viral video, condemned the word ‘oniduro‘, stating that God was more than just ‘Oniduro’ to her, insisting she would never sing the song again even though she likes it.

In the video, Tope Alabi, further stated there was a time the Holy Spirit cautioned her against singing such song to exalt him.

Her verdict on the song attracted a lot of outrage and criticism from social media users. However, Evangelist Alabi has now come out to apologize about her earlier statement, acknowledging that she made a mistake by externalizing a personal message.

She added that the singer of the song is her daughter in the ministry and the matter has been settled amicably. Many believed she was referring to Adeyinka Alaseyori  since the song was made more popular her.

According to a blog, Church Gist, here is her full statement
“Let Me Acknowledge That My Mistake Was That I Externalized A Personal Message In Public and I am Awfully Sorry For Doing That”.

“Initially, I didn’t want to delve into the controversy over the gospel hit song, “Oniduro,” because I have intervened behind the scenes in concert with other stakeholders in gospel music ministry. However, I discovered that online media would not allow the dust to settle calmly.
I want to state that Tope Alabi, Adeyinka Adesioye a.k.a Alaseyori and Tolu Adelegan are all members of the same family of God and they belong to the same calling – singing ministry.

“Adeyinka is my daughter in ministry. Her Pastor asked me to pray for her because she took after me, which I did wholeheartedly.

Envy who? Never! I love the girl so much.
She can confirm to you, sir, that we relate so well. God has given each of us the grace to go as far as His enablement could carry us. The atmosphere is wide enough for everyone to stretch her wings of gift without disturbing one another.” 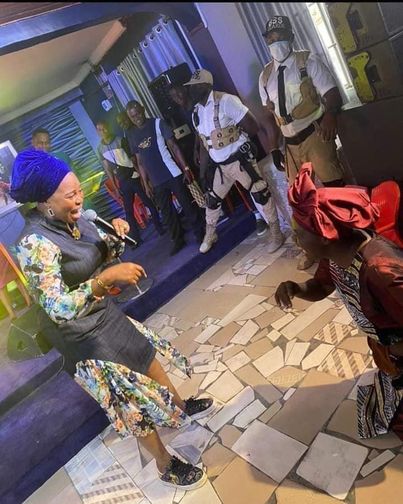 “……I’m being bombarded with calls and visits by Pastors since Monday morning till now. As we speak, another group of Pastors are coming in now. I guess it is because of this same issue.
“……I have been inundated with diverse counsel from different quarters. I hardly sleep since this matter started. While I attend to Nigerian fans on phone calls and online chats in the daytime, our people in the Diaspora will engage me throughout the greater part of the night over the same matter.

“…..I’m not a perfect person yet, I’m still a work in progress in the hands of God. I want people to see me as a mere mortal with my own weaknesses, human frailties and as a learner in the limitless knowledge of God.

I am who I am today only by the mercy of God and the support of millions of gospel music lovers. I have no support base elsewhere outside the awesome Nigerians who feel uncomfortable with my statement.

I see the depth of anger as the measure of their love, admiration and solid support for me and for all of us in the singing ministry.

“Let me acknowledge that my mistake was that I externalized a personal message in public; and I’m awfully sorry for doing that. My friends, colleagues and leaders in ministry who criticized me either openly or privately simply feel disappointed because of the love we share. We are too knitted in the Body of Christ to allow anything to divide us. Human factor is part of our life.

“For those who keep quiet but chose to intercede for us on their knees instead, may God honour them all. And for those who defended me even without speaking with me, I can’t appreciate them enough.”
“…… Sister Tolu Adelegan is a woman I hold in high esteem. Adeyinka, like I said earlier, is my daughter in ministry, they are all valuable sisters and associates that nothing can separate us. This is a mere fog, it will fade away in no time.

“For the comic fellows who are already releasing comedy skits over the matter, I burst into laughter (she laughed again) watching some today.

What a creative people we are. Nigerians are awesome minds who will fashion out tension-relieving stuff from every situation.

“…I appreciate them all. The Bible says in Hebrew 12: 14 that we should pursue peace with everybody and holiness, those are the conditions for us to see God. This is the acceptable path for all of us to follow……”

Nigerians have been reacting positively to this development and have been heaping praise on the singer for doing the right thing. In a viral video yesterday, Adeyinka Alaseyori has also come out to tell her supporters to let Jesus take the wheel as she said Tope Alabi is more or less like a mother to her.

Several other reactions are below

Oluyemi Gideon:
"May God bless you richly sister Tope. I have been looking forward to seeing this. You can take it further by having Alaseyori singing together with you on a platform to seal the mouth of Satan perpetually sister."

Ewenla Sunday:
"The gate of hell shall not prevail in the gospel music ministry. Thank you for being an Instrument for peace, ma."

Makinde Abayomi:
"Apology accepted, after all, to err is human. You have done the needful Madam Topeee, for me you are forgiven in Jesus name