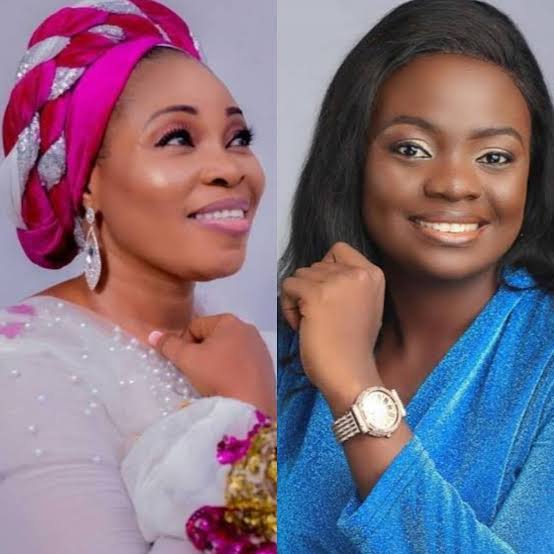 Fast rising indigenous gospel singer Adeyinka Alaseyori has come out in the midst of the controversy surrounding herself and veteran singer, Tope Alabi after the video of latter surfaced on the internet few days ago where she was condemning the song of the singer.

In the video, the controversial Tope Alabi spoke against the lyrics of the song Oniduro condemning it's lyrics and saying God is more than just a guarantor, affirming that the Holy Spirit asked her not to sing it.

This didn't go well with several christians as many lambasted and lashed out at the singer for making such statement against a fellow artiste's song with many also posting previous controversial videos Tope Alabi had been involved in the past.

Responding to the debate in a recent video that has been trending online, Adeyinka Alaseyori whose Instagram has increased drastically to almost 300 thousand followers in just few days has encouraged every quarters to let Jesus rule and shine in the midst of the controversy as she further described the veteran singer as a mother of most of them in the industry.

While many has been expecting Tope Alabi to publicly apologize, the singer is yet to do so as she only posted "Look at yourself in the mirror and tell yourself how proud you are to have come this far... If not for God."

Also singer Lanre Teriba who also publicly lashed out at the singer for making such statement had also apologized and wrote "There is no human on earth created by God that doesn't go through challenges or gets misunderstood..... Abeg let's all stick together and spread our great voices from Nigeria to the rest of the world. The world needs it. God will continue to bless and guide us all. @adeyinkaalaseyori @tope_alabi_"