APART FROM EEZEE CONCEPTZ, HERE ARE THE LIST OF 20 GOSPEL RECORD LABELS/MANAGEMENTS THAT ARE IN NIGERIA

Less More
1 month 1 week ago #12054 by lighteousness
APART FROM EEZEE CONCEPTZ, HERE ARE THE LIST OF 20 GOSPEL RECORD LABELS/MANAGEMENTS THAT ARE IN NIGERIA was created by lighteousness
Nigeria’s gospel music industry is definitely one of the fastest-growing industries in the country which has grown over the years, in size and in quality with the contributions of many record labels. These record labels have helped groomed and built existing artistes and discovered new talents in the industry.

Despite the industry being flooded with a million and one record labels, there are some handful of good and well-structured record labels that have produced some of the biggest and popular artistes in the country.

Here is a list of the major and biggest gospel record labels in Nigeria at the moment.

1. Republic Of Xtreme Nation ROX Nation: Formed in March 2018 by Nara crooner, Tim Godfrey. ROX Nation which stands for Republic of Xtreme Nation has one of the best gospel artiste in Tim Godfrey and arguably one of the best producers in Nigeria, SMJ. Apart from these two, the label also houses two of the strongest female vocalists in Nigerian Gospel Music in IBK and ROX nation First Lady, Blessyn. Oyel boss Okey Sokay also adds to the house of talents. The record label has been one of the most distinct in the country as they organize concerts such as Fearless and a musical talent show tagged SoundCheck. SoundCheck africa has produced several amazing talents including the likes of Okechuks, Praise Eddo, El Jay, Same Oshodi among others. 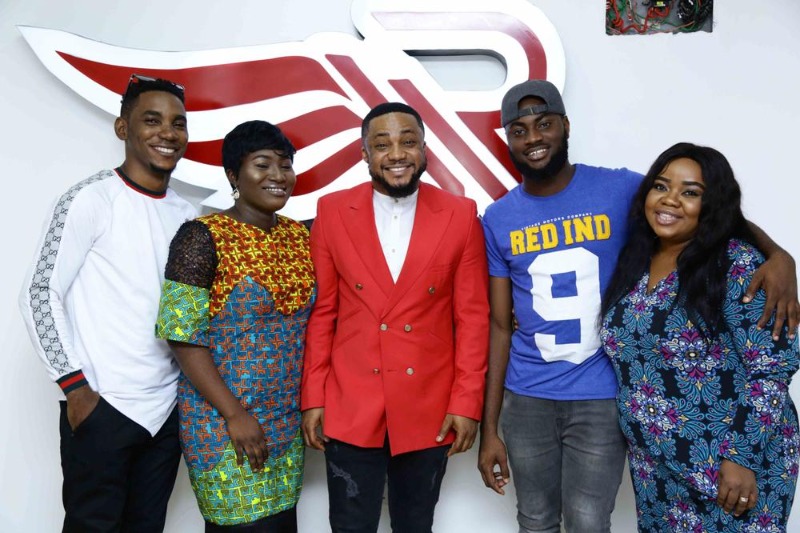 Artistes Corner: Read about 7 ways you can get a record label to sign you here

2. LoveWorld Records: Loveworld Records is an independent record label established by Chris Oyakhilome with the sole aim of discovering and developing gospel artists. Founded in 2009, the record label has groomed and produced notable gospel musicians around the world including Sinach, Frank Edwards, Eben, Joe Praize; among others. While some others have been able to further by creating their own labels, others such as rapper TB1, Mr Noble, SamJamz, Rozey, Chee, CSO among others remain part of the label.

3. Rock Town Records: Anytime you hear rich boy in the building, all that comes to our mind is Frank Edwards but actually Rock Town is far bigger than that with singer Nkay and Gil Joe formerly linked to the label. The label signed its first female artiste in Divine who didn’t have a successful spell with the label. Grammy nominated artiste Nicole Mullen was also linked with the label in 2018. The label also houses Afrogospel sensation, Da Music, Nina Shezz and Victor Ike. 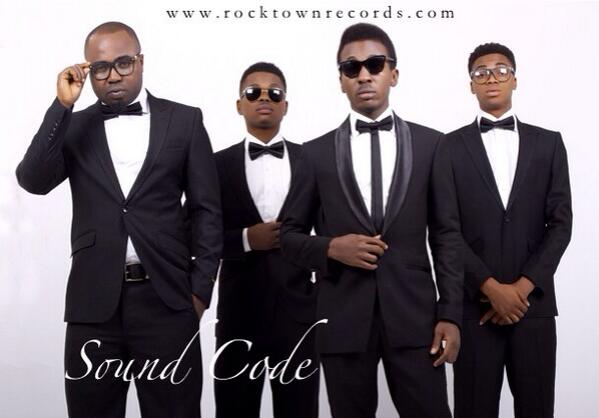 4. Eezee Conceptz : Eezee Tee’s owned label Eezee Concepts is one of the biggest gospel record label in Nigeria which is well managed and excellently structured. The label signed singers Preye Odede and Mercy Chinwo in 2017 as parts of the fore runners of the label. After then, the label has built and managed singers such as Judikay and GUC. Apart from these, other singers have also been linked to the label such as Chioma Jesus and Chris Morgan. Recently the label signed Kedidke crooner and former Project Fame winner, Chidinma as it's artiste. Others on the label include Toby and Israel Dammy. 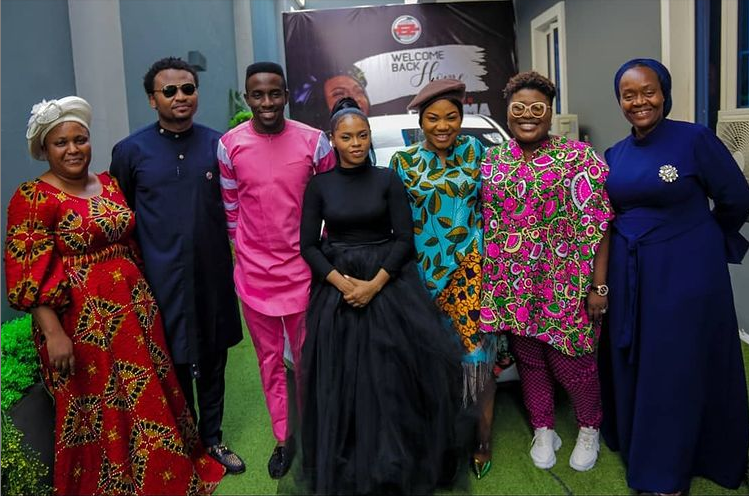 5. Hammer House Records : HHR is the definition of a couples records. Award winning Singer Eben and wife Jahdiel comes together in one label. The record label Hammer House of Rock also has a business arm called the Hammer House Ventures, which specializes in video and music production, event management and interior decoration. Apart from not having too much artiste signed to the label, the couple keeps building names for themselves and the label all alone.

7. Rockanation : One of the biggest gospel producer in Nigeria Florocka leads the artistes under the Rockanation label. In 2016, singer and songwriter Oluwarotimi Awonbiogbon popularly referred to as Just Rotimi was announced as part of the label. Later the same year, the label was joined by son of Reverend Mrs Funke Felix Adejumo, Gbemiga Adejumo. Other singers that have been linked with the label include sensational Ghanaian rapper Esaias and Rose.

8. Spaghetti Records: After the group was allowed to produce their songs independently, Mike Abdul left the Midnight Crew to become the owner of one of the biggest label in the country. The records has First Lady, Monique and A’dam and dynamic producer Tyanx, linked to the label. Apart from these singer, Bidemi Oloaoba has once being linked to the label but this report is yet to be confirmed.

9. Azusa World Records : One Christian label that emerged in late 2018 was renowned sound engineer Bro D’s Azusa World Record. The label which is the record label arm and the talent management section of the audio visual company kick-start it’s projects by signing 2 major artistes which includes the voice in Tim Godfrey’s Na You Be God Chioma Odimba who changed her name to Chioma Gabriel popularly called Ccioma and the Afro gospel artiste Olatunji Opeyemi Yemi TPX. There has not been much done by the label since then but Ccioma has been able to get her foot on the stage as she was able to drop her debut album Calvary in 2020.

10. Tehilah Records: If you don’t know Tehilah Records then you must have heard about the Alabanza Concert. Tehila Records is one of the foremost gospel record labels in Nigeria set up to promote and groom gospel music artistes both nationally and internationally. ehila Records is a gospel record label headed by Tim Ogboruche as CEO. Artistes signed on to the record label are Enkay, Chiika100% and Tehila Crew. Tehila Records is also the host of ALABANZA, one of the biggest gospel music concerts in Nigeria. The biggest artiste on the label remains wife of the owner Enkay whose single Salute was a major hit in 2018.

11. Salt Music : In 2020, Open Doors producer Nosa announced the formation of his own record label and immediately dropped Dry Bones as the first official single from the label. The Why You Love Me crooner left having spent several years with renowned Nigeria’s label Chocolate City.

12. Coast2Coast Empire: Done Me Well crooner who recently acquired a brand new car Joseph Omo Ebhodaghe known as Joe Praize is the owner of this label. It is however unconfirmed if this is a record label or a management firm as the singer is often still being linked to the LoveWorld Records.

13. SonsHub: Managed by blogger, writer and brand strategist, Nony Daniel. This organization which is also yet to be confirmed as a record label houses one of the fast rising singers in Nigeria in Yadah.

14. KIngdomBoiz Records: Having been on the front of music promotion and artiste branding for over 6 years, the Kaduna based Kingdomboiz launched its record label in 2020 with the announcement of fast rising singer Leke Isijola referred to as Sweet Leke as its first major artiste.

15. Lakelight Entertainment: You are Great crooner Steve Crown is the founder of LAKELIGHT ENTERTAINMENT and remains the only artiste that has been officially announced on the label.

16. FreeNation Incoporation: Nigerian born international gospel singer-songwriter, recording and performing artist known for releasing some of Africa’s biggest gospel music, Ada Ehi who was formerly signed to the LoveWorld Record Label is the owner of this label. Also linked to this label is NImix and producer Willz.

17. Script Planet Record Label: Port Harcourt based singer, Preye Odede, after leaving Eezee Conceptz decided to form a label which is still a one star label or now.

19. Rectitude Records : This label is owned by singer and energetic artiste CDO and remains the only artiste signed to the label.

20. TMH Nation Global Conceptz: This is an artiste management company owned and run by blogger, singer and songwriter Abraham Ejeh. The company seems to be currently working on becoming a full record label soon. The only artiste on the label now is Molisa Ifagha whose single ‘E Go Shock You’ has been trending everywhere.

There are numerous other gospel labels with several opportunities that are emerging. Watch out for the next posts on Gospel Record Labels in Niegria and how you can reach them.