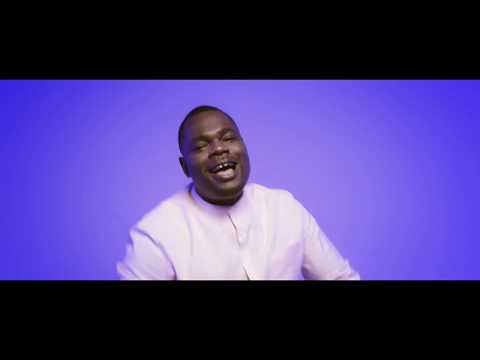 TJ Dairo premieres new single and video titled ONLY YOU.

"Only You” is an uplifting gospel song infused with a story and journey that everyone can identify with especially TJ and his family. All three of TJ’s daughters and his wife, worship leader Bimpe Dairo, feature in the song, notably his 10 year-old daughter Anita who raps on the track. With this intimate family collaboration it becomes something much more than just a song, but an anthem of dedication much like Joshua 24:15 “…as for me and my house, we will serve the Lord…”.

As a man who has experienced the power of God in his life, his faith is a key part of his musical expression and also serves as a source of strength, hope during difficult times and guidance through life. In this song, he shares a message of God’s goodness and saving grace during the periods of desperation and hopelessness especially in view of the current global pandemic which has affected every life on the planet. This song is a reflection of God’s goodness, but also a reminder that when we face challenges, God is just a prayer away.

TJ creatively layers both lyrics and music to convey the message of God’s goodness in a way that doesn't alienate listeners but lifts their spirits and provides a sense of hope that all will be well. His intention is to create a listening experience that is both enjoyable for Christians and one that would light the candle of faith in the hearts of people who may not have yet encountered Christ bringing them one step closer to him. The encouragement that is echoed throughout the song is that despite all that has happened in this season, God is very much present and STILL deserving of our praise, even as he continues to work everything out for our good. This song is deeply personal, honest and reflective of TJ’s day to day life.

"Only You", would not be possible without TJ’s vision for his work and his talented team. He co-wrote, arranged and produced the track in his music studio. He sang lead vocals with MorayoOrekoya , Davina Dairo, Anita Dairo and Estelle Dairo on background vocals .

“Only You” can be heard on radio stations across the UK and is available for purchase on all major music platforms. A music video for the single is available on TJ’s YouTube Channel. Follow TJ on social media for updates on performance dates.

TJ Dairo Profile
Tunji Dairo a.k.a TJ Dairo is a multi-talented recording artist, producer and music director based in the United Kingdom. With deep family roots in music, TJ’s passion for music started early in his teenage years. TJ started his musical ministry as a singer and instrumentalist in church and has progressed to adding skills like songwriting, Music directing and production to his bow. He is a passionate musician and enjoys spending time with his family.