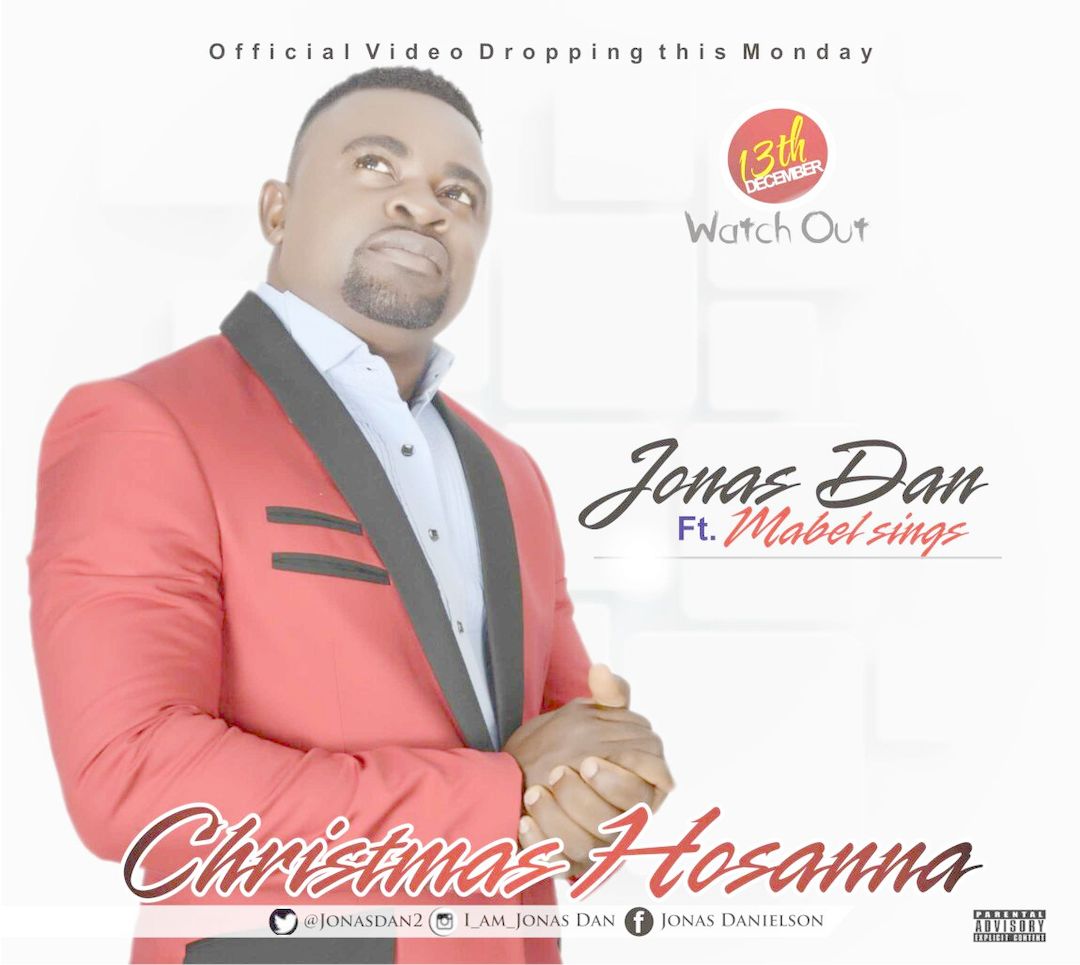 "For unto us a child is born and unto us a son is given. The government shall be upon His shoulder and His name shall be called Emmanuel, for He shall save His people from their sin.(Matthew 1vs21). This is a song that has come to remind us of the person of Jesus Christ, how miraculously He came to save man from the mess and judgement of Satan. He's the light that shines that the darkness cannot comprehend.(john 1vs4-5). He's also known as the Governor of the universe and ruler of all according (Matthew 2vs6). So as we are celebrating Christmas this season I want us to think and focus more on the prize that Jesus paid for us and also let us work hard to use all means that God has given to us to win the world back to God." - Jonas Danielson

Jonas Dan was born into a family of seven, His birth name is Jonas Ugochukwu Danielson. He is from Enugu state Nigeria, He is the third born of the seven children, He is simply known as Jonas Dan, He is a popular Nigerian traditional/contemporary christian praise machine. A worship leader. Songwriter and recording artist from Enugu state Nigeria, Born: October 2nd 1985. (Age 30).

He has had a successful career with radio hits like Ogologo a hand full of accolades such as (GOM Award) 2014 as best praise/worship leader in north central. He is the writer of hit songs like Ogologo, God Na Helele, Chigabo and many other songs included in his overcome album which he officially released in 2013.

His Quote in life is that: "The future you did not picture, you will never feature in it. You cannot change yesterday. But you can do something today that can change tomorrow." His vision is to take this calling of God in music to the nations of the world that at the mention of Jesus christ in my melodies, lives are changed for better from dark to light. In his words, "I want to sing Jesus into as many lives as may come my way until Jesus is seen in every home, offices, cars, streets and the world at large. My sole purpose is sending the gospel and demonstrating the power of God through in a generation where music has become a force from where people derive inspiration and even model their lives after. I want to see the (church) God kind of music take over the world as water covers the sea. Finally I want to make God proud and smile on me, i want to lead the take over generation  of gospel music and the journey has just started. I want to hear just Two words from the master, and that's WELL DONE. This is what I'm living my whole life for. Glory to God."