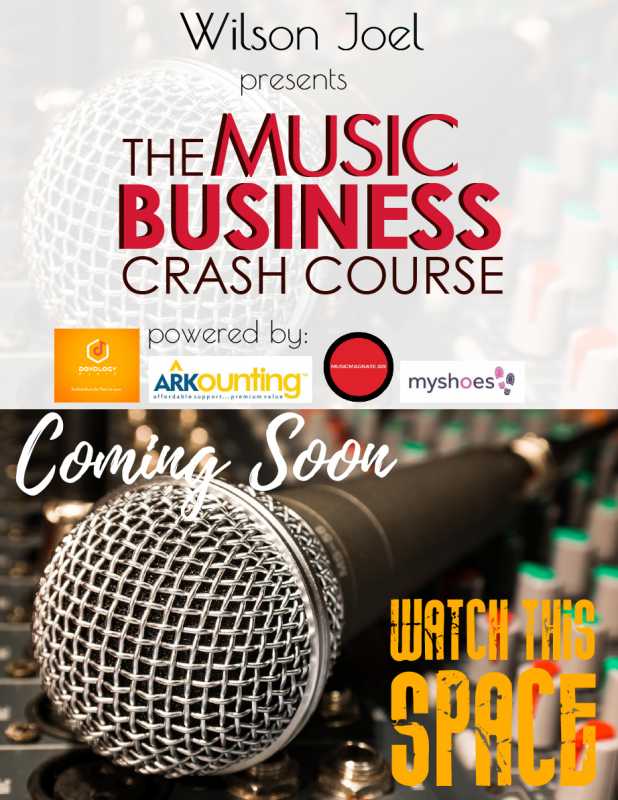 Award winning producer, CEO of Doxology Music and Steinberg ambassador Wilson Joel has always been a firm believer that a candle loses nothing by lighting another. It is in this light that he presents the Music Business Crash Course for all music professionals.

Having acquired a wealth of knowledge within and outside the shores of Nigeria working with companies such as Universal Records, Wilson Joel is now set – alongside other music & business executives to give a front row seat to enthusiast who are willing to fetch from their rich cache of knowledge and experience.

Wilson Joel is a music producer with over 15 years of musicianship. He has produced for Universal Music Group, South Africa & he is the Head Honcho at Recording hub Doxology Music. He recently became the 1st Nigerian Steinberg endorsed music producer.

His many notable works include but not limited to "Miracle Worker" by Glowreeyah, "Alagbara" by Onos and lots more. He also scores music and does audio forensic for Movies, the most recent being "Just Not Married" by movie producer Judith Audu.

Wilson Joel has said that more details will be unveiled soon, meanwhile, anticipate the crash course with enthusiasm.

Connect with Wilson Joel on: